Patients and therapists do not only bring their ‘pathos’ to the clinical situation, their ‘ethos’ also accompanies them.  In homocultural, homoethnic, and homolingual therapeutic dyads, the latter mostly remains as a silent backdrop, though subtle difficulties of communication can still arise.  In culturally diverse therapeutic dyads, such ‘confusion of tongues’ can be frequent and prominent.  Under such circumstances, careful distinction must be made between (i) ‘cultural conflicts’ and ‘neurotic conflicts’, (ii) ‘cultural rationalization of neurotic conflict’ and ‘iatrogenic pathologization of cultural conflicts’, (iii) ‘homoethnic empathy’ and ‘shared ethnic scotoma’, and (iv) a ‘culturally patronizing countertransference’ and ‘judicious accommodation of the therapeutic frame to the patients’ idiom of life’.

As a result of attending this presentation, the attendee will become able to: 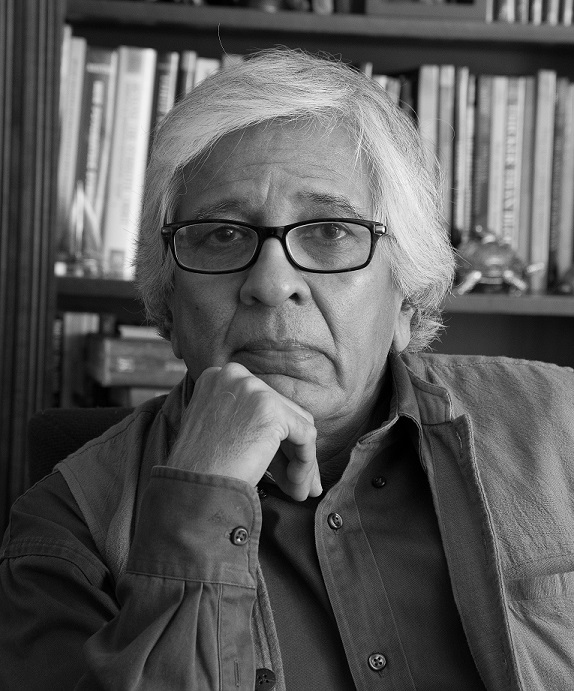 Salman Akhtar, MD, is Professor of Psychiatry at Jefferson Medical College and a Training and Supervising Analyst at the Psychoanalytic Center of Philadelphia.  He has served on the editorial boards of the International Journal of Psychoanalysis, the Journal of the American Psychoanalytic Association, and the Psychoanalytic Quarterly.  His more than 300 publications encompass over 90 books, of which the following 20 are solo-authored: Broken Structures (1992), Quest for Answers (1995), Inner Torment (1999), Immigration and Identity (1999), New Clinical Realms (2003), Objects of Our Desire (2005), Regarding Others (2007), Turning Points in Dynamic Psychotherapy (2009), The Damaged Core (2009), Comprehensive Dictionary of Psychoanalysis (2009), Immigration and Acculturation (2011), Matters of Life and Death (2011), The Book of Emotions (2012), Psychoanalytic Listening (2013), Good Stuff (2013), Sources of Suffering (2014), No Holds Barred (2016), A Web of Sorrow (2017), Mind, Culture, and Global Unrest (2018), and Silent Virtues (2019).  Dr. Akhtar has delivered many prestigious invited lectures including a Plenary Address at the 2nd International Congress of the International Society for the Study of Personality Disorders in Oslo, Norway (1991), an Invited Plenary Paper at the 2nd International Margaret S. Mahler Symposium in Cologne, Germany (1993), an Invited Plenary Paper at the Rencontre Franco-Americaine de Psychanalyse meeting in Paris, France (1994), a Keynote Address at the 43rd IPA Congress in Rio de Janiero, Brazil (2005), the Plenary Address at the 150th Freud Birthday Celebration sponsored by the Dutch Psychoanalytic Society and the Embassy of Austria in Leiden, Holland (2006), the Inaugural Address at the first IPA-Asia Congress in Beijing, China (2010), and the Plenary Address at the National Meetings of the American Psychoanalytic Association (2017).  Dr. Akhtar is the recipient of numerous awards including the American Psychoanalytic Association’s Edith Sabshin Award (2000), Columbia University’s Robert Liebert Award for Distinguished Contributions to Applied Psychoanalysis (2004), the American Psychiatric Association’s Kun Po Soo Award (2004) and Irma Bland Award for being the Outstanding Teacher of Psychiatric Residents in the country (2005).  He received the highly prestigious Sigourney Award (2012) for distinguished contributions to psychoanalysis.  In 2103, he gave the Commencement Address at graduation ceremonies of the Smith College School of Social Work in Northampton, MA.  Dr. Akhtar’s books have been translated in many languages, including German, Italian, Korean, Portuguese, Romanian, Serbian, Spanish, and Turkish.  A true Renaissance man, Dr Akhtar has served as the Film Review Editor for the International Journal of Psychoanalysis, and is currently serving as the Book Review Editor for the International Journal of Applied Psychoanalytic Studies. He has published 12 collections of poetry and serves as a Scholar-in-Residence at the Inter-Act Theatre Company in Philadelphia.

Your membership should be in good standing to qualify for member fees.